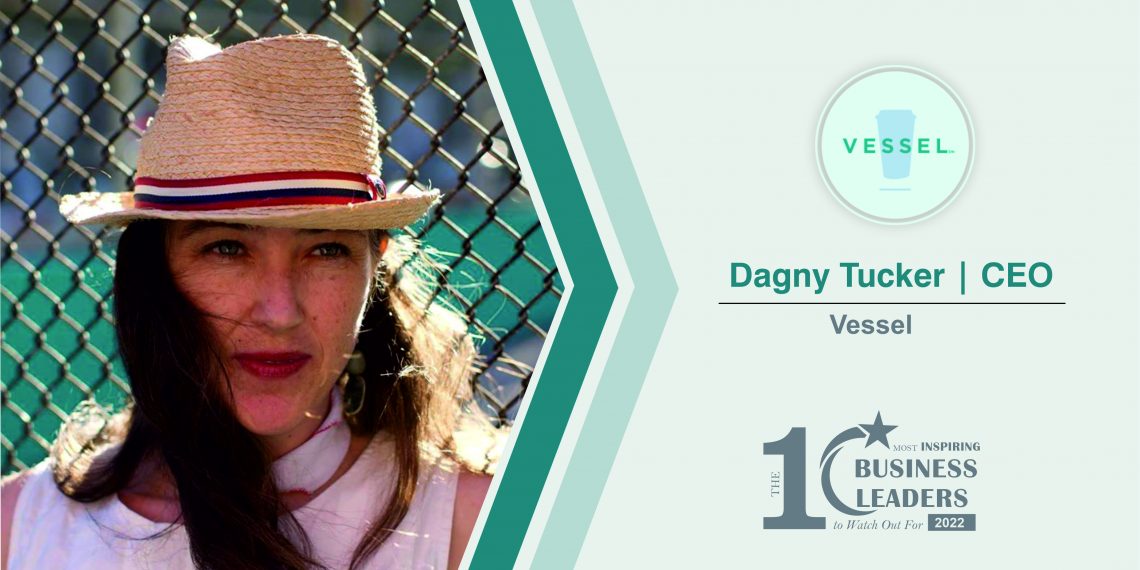 Imagine that you have ordered your favorite drink from your favorite café, and you receive your drink in a stainless steel cup which you can take with you and enjoy your other drinks throughout the day by using that one cup. Later in the day, you can drop the cup at its designated return bin or at any of the participating cafés. Sounds fantastic! Right? So, let me tell you this is possible now in real-time. Now you can order your favorite drink using your Vessel app and get a free Vessel every time you order.

With its modern solutions Vessel has pioneered the modern reuse space as the first tech-enabled, open-network reusable foodware system on the planet. Vessel Revolution Inc. and Vessel Works were founded by Dr. Dagny Tucker in the year of 2015. During the early days, Dr. Dagny Tucker’s vision was considered unrealistic, and the investment space was totally uninterested. She persevered and almost a decade later, the landscape is radically different. Now quick service restaurants, consumer packaged goods companies, grocery, governments, and others have also embraced reusable foodware. Currently, the space is seeing massive investments of as much as $1B.

At first, Vessel launched the concept of ‘reuse as a service (RaaS)’ in New York City, initially offering tech-enabled, double-wall insulated, stainless-steel cups and silicone lids that consumers could “check-out” from a business and return to any other participating business or Vessel-operated public, streetside return kiosks. The company handled the reverse and forward logistics as well as washing and sanitization. It solved the health and environmental problems of single-use disposables with a more desirable alternative, one that created new connections with customers and a positive feedback loop through the Vessel app. Further, the sophisticated asset-tracking ensured low leakage rates, high efficiency in internal operations, and easy ESG reporting internally and for businesses implementing the Vessel system. Vessel has expanded to include other types of foodware, B2B solutions, and larger-scale reuse infrastructure projects.

Dr. Dagny Tucker holds a Ph.D. in International Peace, Conflict and Development from Universitat Jaume I in Spain and an M.S. degree in Design and Urban Ecologies from Parsons The New School of Design in New York City. Her appointments with non-profit, business and government players have traversed five continents. Dr. Tucker’s expertise is in navigating complex systems to forge deeper understanding and actionable interventions for increased sustainability and positive peace. Her work bolsters others and addresses “wicked problems” through novel ventures, public speaking, and consulting. She comes from a family of both visionaries and pragmatists, a combo which she sees as ideal for making a big change in the planet.

Collective change can only arise with the contribution of each individual action. Make your everyday actions count as an individual, a parent, an entrepreneur, a citizen… in whatever you do! These collective actions change governments, industries and eventually the world.

Throughout her life, Dr. Dagny Tucker has worked to create a positive impact. As a designer with a diverse background, the decision to start a business took place when she saw a clear path to positive impact combined with a huge market gap. Through decades of work at the intersection of design, climate and peace- plus research conducted during her Ph.D.- circular economy solutions and reuse in particular emerged as interventions that offered multiple benefits.

Reuse over refuse addresses issues of ocean pollution, waste, human health, and climate, whilst being a catalyst for positive behavior change. In the end, for her, there was no “decision,” only the obvious need to design and implement the solution.

A Market with Lot of Potential

Dr. Dagny Tucker believes the reusable packaging landscape is exploding. Each year, the demand and emergence of reuse service providers increases exponentially. It’s an industry where new collaborations are being developed, and the firm sees the transformation from business as usual. Dr. Dagny Tucker doesn’t see this as a ‘winner takes it all’ category, but instead an orchestrated effort amongst multiple players to create a reusable ecosystem at a large scale.

Re-evaluation and Re-Innovation is Key

Dr. Dagny Tucker and her team at Vessel are constantly re-evaluating and re-innovating. As behavioral norms, demand, and technology continue to change- and the reused space moves from a nascent emerging market toward the mainstream- they constantly look to future proof. Not only for their business but for the best future scenarios for social and environmental well-being.

Dr. Dagny Tucker believes, when a team knows that the innovations they bring to the table improve human health, the climate, oceans, soil, and more all whilst encouraging more sustainable habits – well that’s motivation in and of itself. Of course, even if you’re doing great things every company has its hard days. As an organization, Vessel builds trust. The entire team trusts they are able to share challenges openly. The organization gives resources to grow professionally and the flexibility to attend to well-being personally. In return, they trust Dr. Tucker will continue to support them. And Dr. Tucker trusts they will continue to do great work.

When it comes to the future roadmap, Dr. Tucker will continue to lead in laying the foundations, be it physical or collaborative in seeing that reuse scales to become the new normal. Beyond that, she will continue to share the power of design and systems thinking to create catalytic change for increased human and environmental well-being.

We already see participation in the reuse ecosystem by some of the world’s largest multinationals alongside small and independent businesses. These cluster ecosystems create shared value, rewrite the script on how products are delivered, significantly reduce pollution and benefit local economies.- Says Dr. Tucker.

When we asked for some suggestions for aspiring entrepreneurs Dr. Tucker says, “Build a network of solid support. A trusted board and advisers are invaluable. Get sleep and find a daily practice that you’re 1000% percent committed to. There will be many highs and lows, so maintaining balance as the leader is key.”