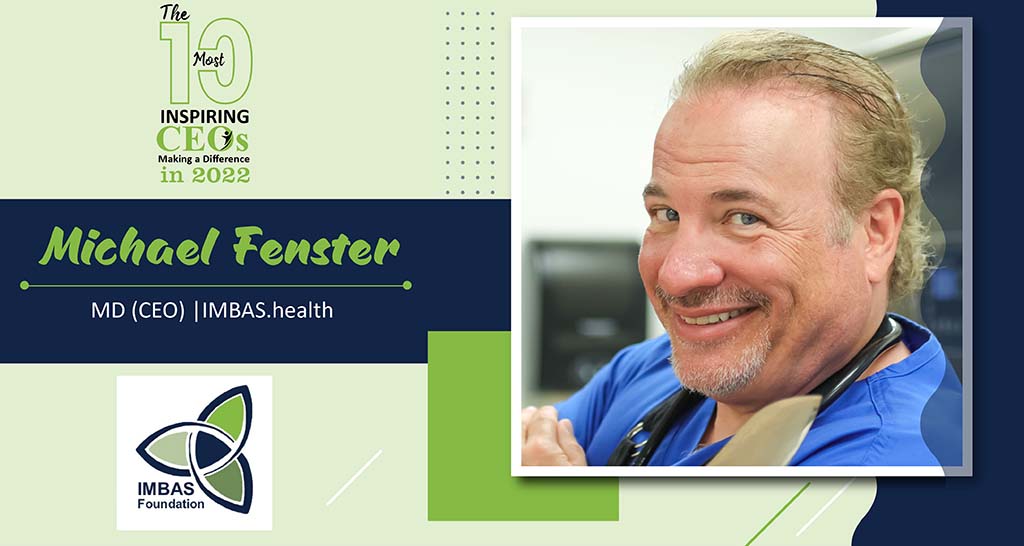 Meet Michael Fenster, MD, also known as Chef. Dr. Mike. He is a board-certified interventional Cardiologist, Professor of Culinary Medicine, and Professional Chef. Initially, Culinary Medicine arose from Chef Dr. Mike’s own health challenges. Having cooked professionally before medical school, Chef Dr. Mike was well aware of his own dietary failures when confronted with hard choices years later. As he researched across disciplines, he realized that many commonly held beliefs regarding food and health were contradictory and/or had no solid scientific evidence base. Based on the science and personal experience, he knew that the solution involved going back to the roots of delicious and real cuisine; and that meant using whole, authentic ingredients.

Chef Dr. Mike started by initially sharing his Culinary Medicine approach with his cardiology patients and was encouraged by their success and the program’s sustainability. Slowly word spread into the culinary and medical communities, and now, through IMBAS, Chef Dr. Mike, along with IMBAS President Ken Walsh and their team, are sharing Culinary Medicine (CM) with the general public.

Chef Dr. Mike feels that targeting IMBAS’s CM offerings to appeal to the average consumer or patient is quite simple. That is because IMBAS puts the individual in charge of their own food and menu experience. He says, “Concerning food and health; the conventional approach is to tell someone, ‘eat this, not that.’ Because our research and the current weight of evidence strongly implicates ultra-processed foods (UPFs) as a primary culprit in many of the diet-related chronic disabilities and diseases that plague modern industrialized nations, it comes down to properly sourcing ingredients and not throwing out entire categories and groups of food.” For example, ultra-processed industrially produced pizza is possibly one of the worst foods one could eat. However, a from-scratch Napolitano Margherita pizza can be one of the healthiest foods you could consume. So, instead of forcing people into a binary choice of ‘eat this, not that,’ Chef Dr. Mike and his team work to change the perspective and instead answer their question, “How can I have a healthy pizza?”

“Having spent several decades as an interventional cardiologist, you learn how to steer the ship when the waters get rough,” states Chef Dr. Mike. He feels there’s no higher burden or greater privilege than being responsible for someone’s life. Preparation is the key; one has to have a complete game plan going in and understand that circumstances will dictate changes. “So hand-in-hand with preparation, or as we call it in the culinary world mise en place, is flexibility. And the third element is a good old-fashioned determination to see it through. Sometimes you have to will it to fruition.”

When Chef Dr. Mike started his Culinary Medicine journey, much of what he had to say was contrary to the conventional wisdom and practice at that time. It also ran counter to that which was particularly profitable and convenient for many. However, since his CM approach was entirely evidence-based, time and science have proved Chef Dr. Mike’s Culinary Medicine approach correct. But during that maturation process, he was often a professional outcast. Although his friends and colleagues loved his Culinary Medicine method, professionally or publicly, they could not endorse it as it often ran contrary to establishment guidelines. At that critical juncture, Chef Dr. Mike had to decide if was willing to take a pirate stand against the current convention.

As a leader, Chef Dr. Mike prefers to go by the five Ps;

Presence: A leader needs to be present in the moment. Studies done at Harvard University show that many people spend almost half of their time worrying about the future or regretting the past.

Patience: Leaders need to show signs of patience and understanding not only towards others but towards themselves as well. Many are often their harshest critic; while self-criticism and honest analyses are healthy habits and beneficial for self-growth, they can also entrap an individual in negativity and become a destructive force.

Perspective: It is imperative to realize what’s important and keep everything in perspective.

Persistence: One must be willing to do everything in his/her capacity to make that dream a reality.

In Chef Dr. Mike’s words, “Every time you stumble and fall – because you will – you need to dust yourself off, learn the lesson and carry on. Early on in my martial arts training, I was introduced to the expression, ‘fall down seven times, get up eight’ I’ve never forgotten that, though I’ve certainly fallen down many more than seven times!”

Chef Dr. Mike feels one of his biggest failures was a restaurant’s closure. That restaurant won several awards and rave reviews for its food and menu. However, Chef Dr. Mike and his team succumbed to the temptation of convenience and promise, trusting individuals whom they shouldn’t have. Compounding that was not trusting the wisdom of friends and family when they should have. The result was a disaster. This incident taught him that no matter what your business is, your most valuable assets are the people around you, and one needs to select them carefully and treat them with respect and honesty if you want real, positive results.

Culinary Medicine looks to change the food-health relationships that exist for any individual. Unlike most other things in life, food is not optional. We need it for health and wellness. Yet, as humans, our connection with food is also very deeply connected to our pleasure and how we function and interact as a society and culture. It is more complicated than cursory ‘food as fuel’ or ‘food as medicine’ approaches.

Chef Dr. Mike says, “When we source our ingredients correctly, we can enjoy some of the most delicious meals on the planet, and these meals can help us nourish our mind, body, and spirit.” Starting with what we put on our plate helps clients break the cycle of ultra-processed, addictive, and engineered food strongly linked to the risk of developing diet-related chronic disabilities and diseases. Much as the introduction of quantum physics forever transformed the landscape of science and reality; Culinary Medicine also carries the same perspective-changing ability.

The firm is very excited about the future. A present, it has its Culinary Medicine software solution, The Patient’s Table™, in the beta testing phase. An aspect of this testing also includes an IRB-approved clinical pilot study as well. The company is also a recognized Microsoft partner in developing its proprietary software-based solutions.

“We are also working with several partners in continuing to expand and validate additional parameters that are part of our proprietary IMBAS score™, which is a multifaceted health and wellness measure,” states Chef Dr. Mike.