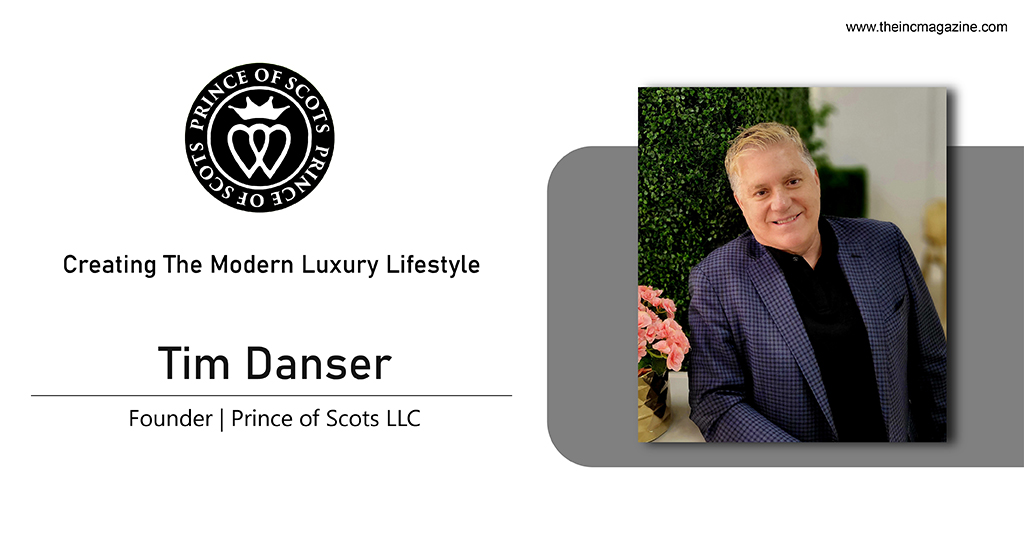 Inspired by the Iconic American Lifestyle, a fashion industry executive, Tim Danser, founded Prince of Scots in 2011. The brand received instant recognition and quickly became an inspirational lifestyle collection, which led to the creation of three other brands, Southampton Home, The Patio Daddy-O, and Wanderlust.

Prince of Scots is rediscovering the world of fashion with a collection of bespoke gifts, apparel, home goods, and luxury textiles.  The lifestyle brand’s philosophy is to use provenance in the design of products, source the best quality, and look for special items that fit its clients’ lifestyle experience. Its team searches the global market, works directly with artisans, designers, and mills to craft exclusive products. Recently, it has also become a leader in barware with several award-winning designs and best-in-class quality recognition.

Tim started his professional career at JCPenney as a Senior Merchandise Manager in 1989, where he invented the world’s first machine wash/tumble dry suit and the why rent when you can own wool tuxedo. After serving JCPenney for over 23 years, he joined Sears, Roebuck, and Co, where he invented the world’s first Eco suit. Later in 2008, he joined Bagir International as the Interim President and Vice president of Marketing and helped to turn the company around by introducing new process management, improved formal reporting structure, updated support systems, and management training and support to modernize corporations in the challenging market and economy. At Bagir, he successfully built customer-focused business models to drive top-line sales and profit. This eventually increased sales numbers to 24.4% in 2009 and 39.5% in 2010. Tim added several brands like Nicole Miller, Dockers, Jones New York, Kasper, and Cintas, which soon became core replenishment businesses. He also launched Simon Carter in North America during the worst recession since the great depression and helped it become a global brand.

Rediscovering the World of Fashion and Design

Prince of Scots lifestyle is entirely inspired by the sophistication and coastal life of a community that dates back to 1640. Since its inception in 2011, the luxury lifestyle brand has won several recognitions worldwide. The company offers iconic British and American fashions to the global market while keeping an eye on the present trends. Prince of Scots specializes in Eco-friendly and Sustainable luxury textiles manufactured in the British Isles, including traditional herringbones, Scottish tartans, premium window treatments, and table linens.

As a brand with an opinion, Prince of Scots always looks for new talents, designs, trends, and the next big idea for a point of difference to reinvent the fashion and design world. It is a modern supply source that delivers design and product development expertise while keeping up with the ever-evolving world economy.

Currently, Prince of Scots products are available in over 700 retail stores, including boutiques, wineries, restaurants, distilleries, and better department stores spread across the US, Canada, Europe, and selected online markets.  Prince of Scots was the Official Retail Partner of the 2022 Breeders’ Cup.