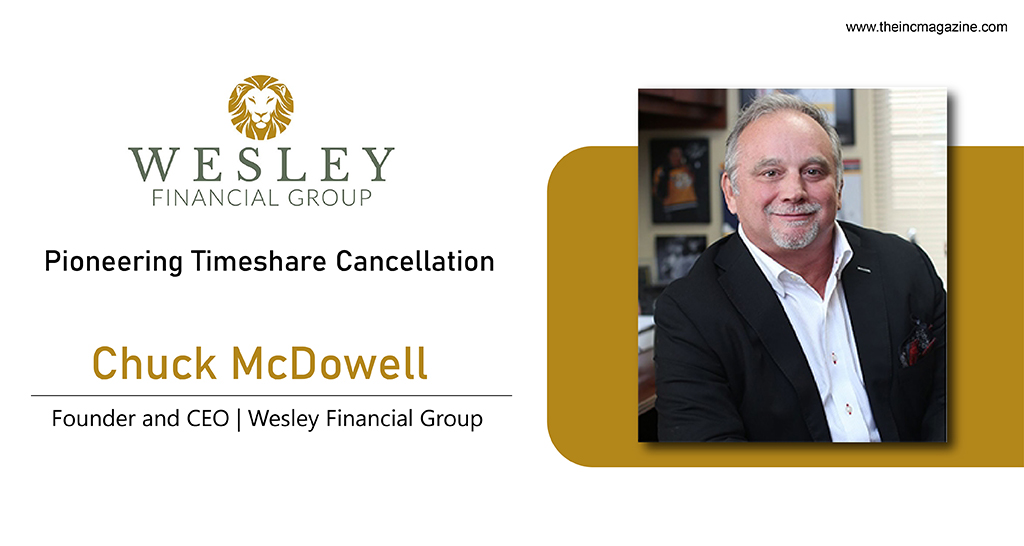 Meet Chuck McDowell, the Founder and CEO of Wesley Financial Group, LLC, which specializes in complete timeshare termination and timeshare debt elimination for families and individuals who have experienced fraud, misrepresentation, or lies during their timeshare sales presentations.

Although Chuck is one of the pioneers in the timeshare cancellation industry, he first made his living as a timeshare salesman before finding the timeshare business was not what he had believed it to be. So, after observing several malpractices the timeshare industry used in gullible customers, Chuck decided to quit the industry to work on the opposing side and campaign for consumer rights. He started as the CEO of a timeshare advocacy group but soon decided to take matters into his own hands. This eventually led to the inception of Wesley Financial Group LLC in 2011, a full-service timeshare cancellation company.

Under Mr.McDowell’s leadership, Wesley Financial Group offers financial freedom to individuals and families held in the bondage of timeshare debt. Its game-changing service has relieved more than $250 million of timeshare mortgage debt, helped over 16,000 families cancel their timeshare, and continues to help hundreds of families each week.

Mr. McDowell believes trust is an integral part of almost all business relationships. “Often, by the time a potential customer finds us, they may have been to two or three other companies offering similar services. These companies might have scammed them out of thousands of dollars or made offers that they could not realistically meet, such as renting out a timeshare or selling it,”- he explained. “Skepticism can be very high when we first engage with someone who wants to cancel their timeshare. So, we market ourselves differently. We are transparent. When a customer first enters our system, they are sent a 40+ page magazine telling them the ins and outs of the company with real employee names and pictures. We want people to know who they are working with.”

Under Mr. McDowell’s leadership, Wesley Financial Group slows down the sales process to help potential customers fully understand what the organization offers. Additionally, its specialists stay in constant touch with its clients to routinely update them on the status of their cancellation process.

The timeshare cancellation industry does not come without enemies. Back in 2011, Mr.McDowell was sued for $5.9 million in federal court by the largest resort in the world. Initially, Mr.McDowell was given the option to close his company or fight in court. He knew the help and support he was providing his clients was the right thing to do, so he decided to fight in court. Eventually, the jury agreed and decided in favor of Mr. Mcdowell. This landmark case was a defining moment for the entire timeshare cancellation industry.

Since then, the Wesley Financial Group has been on the Inc. 5000 list for three consecutive years and received several accolades from Fortune, Stevie’s Business Awards, Business Intelligence Group, Great Places to Work, InHerSight, and Nashville Business Journal for being a great employer.

Looking at the Future

Mr. McDowell believes Timeshare companies are constantly changing their tactics to try to keep people who have been lied to or misled into their timeshare. So, Wesley Financial Group is consistently doing its homework to stay ahead of this cat-and-mouse game to ensure it can service as many clients as possible and help countless families find freedom from timeshare fees and costs.