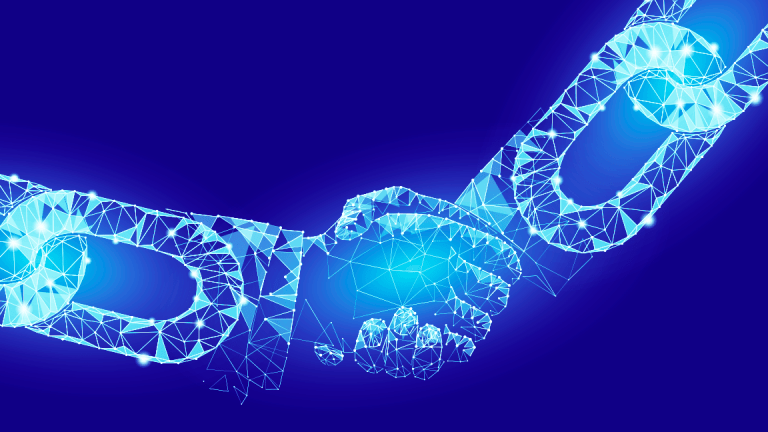 Blockchain for Dummies – Getting Your Basics Right

In all possibilities, you’ve already come across the term “Blockchain” a hundred, or even a thousand, times. Yet, you don’t have much or any idea about what it actually is or what it truly means to the world. More importantly, you don’t understand how this thing works, if at all it does.
Now, first thing first, don’t feel bad about yourself. For one, you’re not alone in this, and two, this introductory course will set things right. In the following paragraphs, we explain the ins-and-outs of Blockchain technology, in a language that people like you — those who don’t have any prior knowledge on this subject — can easily comprehend.
Before setting out, it’s crucial to clarify something: Bitcoin is not the same thing as Blockchain, although that’s what people often mistakenly believe. Instead, the latter is the underlying technology that makes Bitcoin possible. It’s alright to not grasp this at the moment: just keep the distinction in mind. That said, let’s begin.

A Brief History of the Internet

With a grand vision to create ‘a collaborative medium, a place where we [could] all meet and read and write’, around 1990, Tim Berners-Lee established the World Wide Web. This was Web 1.0: a virtual space where users could post and interact however they wished, ideally, without any ‘central controlling node’.
Eventually, however, Web 1.0 experienced a dearth of content creators and an excess of consumers. This contributed to the emergence of the client-server model of the Internet as we know it today: Web 2.0. Simply put, data is stored in centralized servers which the web-browsers (client) retrieves and displays upon the user’s request. This is a two-way process, meaning that individual devices also upload or send data to the servers.
Presently, these servers are mostly owned and controlled by big companies like Google and Facebook, among others. In turn, power is vested centrally in the hands of a few, as whoever controls the servers, controls how users access the Internet, as well as their behaviour therein.

The Problems of Centralization

When you send a text, say using WhatsApp, the data (your text) first goes to Facebook’s server, and from there, to the recipient’s account. This is true of each and every bit of data that you generate on the internet: personal messages, images, social media interactions, and so on.
Apparently, it’s unproblematic, primarily because it’s cumbersome and expensive to maintain servers. However, there’s a dark side: private companies, governments, or any other substantial authority, can gain access to our personal data and leverage the same for commercial or political gains. For clarity, consider the case involving Facebook and Cambridge Analytica, which raised serious questions regarding users’ privacy online.
In the centralized Internet, users aren’t sovereign: they neither control nor gain from the data they generate. Now, since 2008, we are witnessing the formations of a democratic and user-centric Web 3.0, driven by emerging shared ledger and Blockchain technologies.

“Distributed Ledger” is to “Blockchain”, what “Fruit” is to “Apple”. It’s a category of ledger technologies, of which blockchain is only one type: there are others, such as Hyperledger, and so on. Literally, “ledger” means a record or a database. Traditionally, databases are centrally stored, which only certain people can access. On the contrary, a distributed ledger is a shared database stored over a network, in which, every member has an identical copy of the original data.
Fundamentally, a blockchain is much the same: only with certain specific qualifications. Here, information is stored in the form of “block”, thus giving the name its first part. In this context, consider a block to be a unit of information (say, like the bit in a computer). Every block contains only a part of the information and each part (block) is linked to another part and so on: forming a “chain” of sorts.
These links are securely codified (using cryptography) and data once added to the blockchain, is irreversible and indelible: a crucial feature of blockchain. In turn, this makes blockchains virtually tamper-proof. Also, due to its chain-like form and because every network member has an identical, updated copy of the entire database, blockchain is absolutely transparent.
With regard to usage, the technology is applicable to the storage and transfer of value of any kind. Although most present-day blockchains are used to support financial systems, they can be used for several other asset classes as well. To learn more on this point, read about Tokenization. (later, if you have a similar article, you can link to that).

The Working of Blockchain: A “Trustless” Machinery

As yet, digital currencies or cryptocurrencies — such as Bitcoin — are the most common use-cases of blockchain technology: despite being only one of many. To understand how blockchain works, we will restrict our focus to cryptocurrencies: essentially, they are like normal currencies, only cryptographically encrypted. However, note that these principles apply to any category of assets being transferred or stored on a blockchain.
As such, to avoid fraud, double-spending, and the likes, every transaction must be verified. Traditionally, this is done by centralized governing bodies or “trusted intermediaries” such as banks. In the absence of any central authority, blockchains employ what is known as mining. It’s based upon the common consensus of the members of a network, established using pre-determined, automated protocols such as Proof-of-Work (PoW), Proof-of-Stake (PoS), and so on. Each of these has specific ways of working, but we can skip that for now: it’s enough to note that these are cryptographic algorithms, ingrained into the structure of a particular blockchain.
Different blockchains use different protocols: although, still, PoW is the most common. Now, when initiated, blockchain transactions generate a random cryptographic puzzle (technical name: hash). Each puzzle has only one unique solution, which the miners on the network compete to solve. Once solved, the transaction (block) is validated and added to the blockchain — that is, the shared database gets updated with new information.
It’s important to note that consensus, here, doesn’t depend upon any single entity’s authority, but instead, is algorithmically determined. Since the process is automated and mathematically-driven, there’s no need to “trust” anybody. It is in this sense that blockchain is regarded as “trustless”.
Also, how much of a block any miner can validate is determined either by their computational power (in PoW) or by the amount of cryptocurrency in their wallets (PoS). Upon successfully validating a block, miners are rewarded in cryptocurrencies. As miners have a stake in the network, they abstain from validating invalid blocks, thus ensuring the network’s security.

Although ideally, every member on a blockchain network should have equal rights and access, certain specific functions require otherwise. Consequently, there have emerged three major types of blockchains:

The Implications of Blockchain: Towards a Decentralized World

As opposed to the often-siloed, centralized systems — financial, or otherwise — blockchain lays the foundations for a decentralized world. As we have seen, blockchain networks (unless otherwise mentioned, we’re talking about public blockchains) do not have any central authority: in this sense, they are truly egalitarian and democratic. In a peer-to-peer blockchain network, interactions are direct and don’t rely upon any intermediaries.
That apart, decentralization in general, and blockchain, in particular, has certain other benefits.

Furthermore, blockchain brings a range of business benefits as well, including reduced costs, greater efficiency, and so on.

Blockchains Today and The Scope for the Future

First introduced during the release of Bitcoin in 2008, already, there are several blockchain platforms today. Bitcoin is still the most famous, but we also have Ethereum, Ripple, Corda, Stellar, and many more. As of now, most blockchains support financial systems. Yet, with developments in Ethereum and tZero, among others, diverse applications of this emerging technology are steadily growing.
Despite significant developments, however, challenges such as lack of scalability and low transaction speeds have, as yet, hindered blockchain’s mass adoption. Nonetheless, with constant innovations, such obstacles would be overcome sooner than later. Lastly, over recent years, there has been a significant rise in institutional and even governmental enthusiasm regarding this technology. And, why not? After all, it not only promises but has already brought tangible solutions to many of our existing problems.