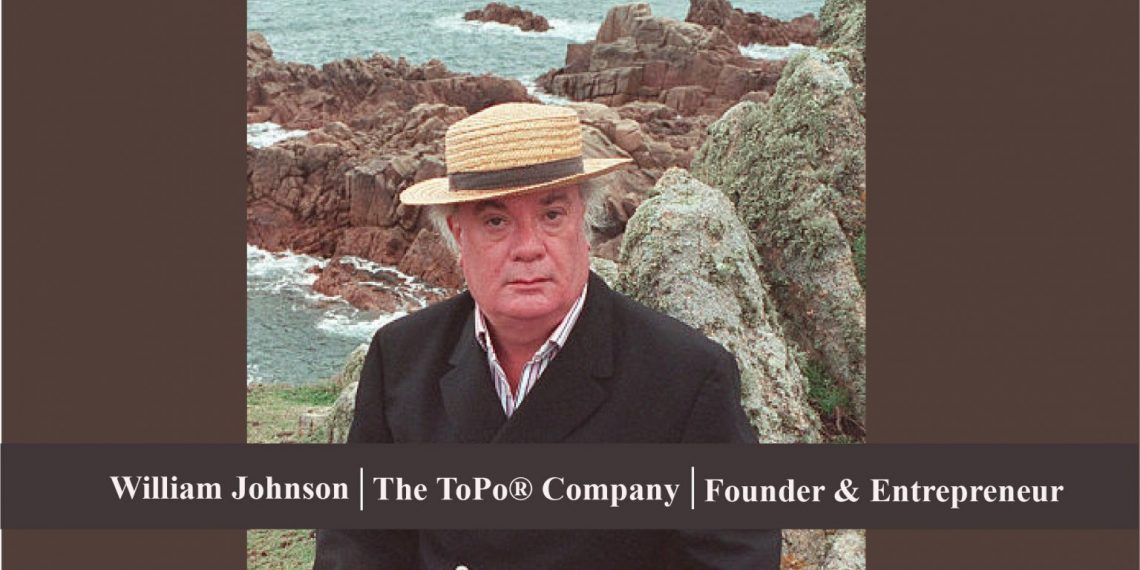 William Johnson: The Business Leader Endeavouring to Address the Challenge of Plastic Waste with The ToPo® Company

William Johnson, a living example of classic entrepreneurial spirit that pivoted a common man to start a unique venture, The ToPo® Company to resolve one of the serious concerns of today’s generation- plastic waste. It was back in 2011 when Dr Johnson started the journey towards converting plastic bottle caps into a collectable toy.
The annual consumption of plastic bottles is set to top two trillion by 2021, according to a Guardian report from 2017, a large percentage of which will end up in the sea or landfill. British inventor William Johnson has found an ingenious solution for avoiding plastic waste: ToPo. The single-use plastic item is the Beverage Industry’s Achilles Heel and a major concern of the Plastic Industry and Consumer World today. ToPo® Is designed to help answer this serious concern by converting a Single-Use plastic closure into a continual-use, collectable and educational construction toy that can eventually be recycled.
Therefore ToPo® is a screw-top closure that has a second life as a collectable toy, not to be discarded. Each bottle cap, which can be either circular or square, has two sets of male and female connectors. These link together to make 2D models and can snap together vertically to also make 3D models. The toy helps to educate children and make them aware of the environment and thus Stop Plastic Waste -sToPollution® which is causing so much current and potential damage. Its inventor, Dr William Johnson, has over 100 patents, including the World’s first trainer with an integrated pedometer and film coatings for visual displays.
“We created a plastic bottle screw top that converts, after its original use, into a ‘collectable’ toy that is both
fun and educational, in which children can construct, (Lego-like) any number of different structures, and play both word games and numerical puzzles or make messages and thus stopping the “throwing away” element. The ToPos are fully recyclable,” Dr Johnson explains. ToPo® has granted Patents both in the USA and the EU.
More About the Visionary
An accomplished professional, Willy Johnson is an internationally acclaimed inventor of extraordinary vision who throughout his life has toiled to fashion dreams into reality. He embodies that persistent, inquisitive spirit that animated his Victorian predecessors, and like them, he fizzes with ideas that seem to grow in number as he grows older. William Johnson is a visionary with self-belief, a positive mindset, and how to make things work attitude, admirable work ethic. His brainchild ToPo® is rooted in the inner desire to do more and more, a classic trait of an entrepreneur.
No doubt in the few moments that he has been listening to this citation he has already thought of a way to replace the Public Orator with an articulate computer, although the market for that may be somewhat limited! Inventing, of course, is a serious business, despite the stereotypical image of the bumbling inventor with which we are all familiar. We can all produce our lists of the discoveries and innovations that have changed and improved the quality of our lives. But William Johnson would be the first to admit that the image contains at least a grain of truth for he is a confessed maverick and misfit, eccentric and unconventional. Travelling with him along the road to discovery is not for the faint-hearted. He knows that dissatisfaction is important to the inventor: there must be grit in the oyster, a constant niggling desire to improve things, and a stubborn refusal to accept ‘no’ for an answer. William Johnson has heard that answer many times from potential backers and has still come back for more, pressing on with his work in the face of the daunting setbacks that dog all pioneers.
Feathers in the Cap

Vivek Kamath: A Visionary Entrepreneur Transforming the Medical Segment with his Venture, Heal The World