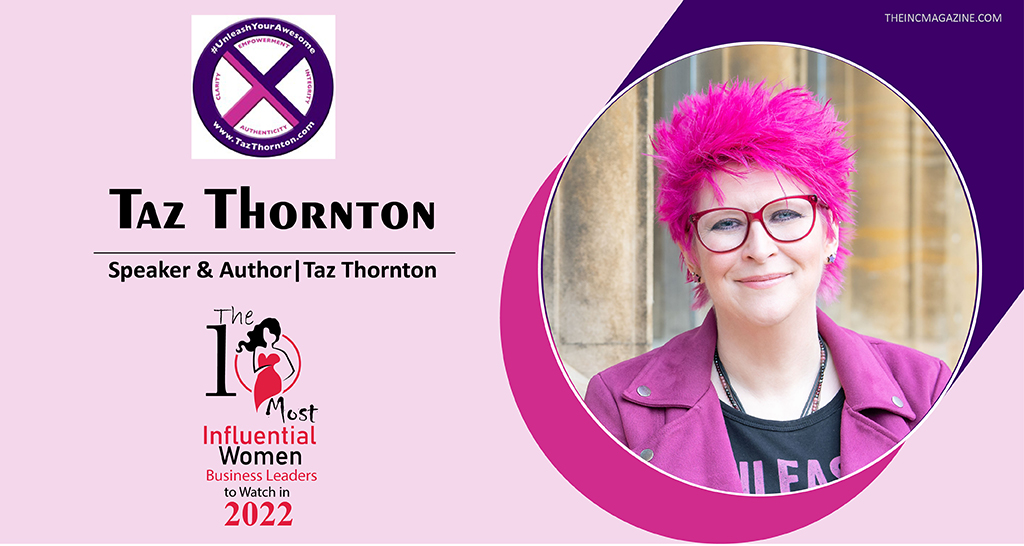 Vulnerability Can Be A Superpower!

For far too long in the business world, women have been typecast – they are often referred to as those who have businesses which relate to lifestyle or a ‘hobby’.

Consider the way in which women are often portrayed in the media, even today: as tough ball breakers, agony aunts or the femme fatale… occasionally a blend, but more often than not, a stereotype.

The pandemic has brought change for all of us however for many women in business, they have gone backwards.

Now more than ever, women have to show up for other women to help them step into their real power, to help break the mould – a mould which has already taken too long to shatter and was created by men.

One of the ways to do that is to consider and embrace ‘vulnerability’.

Too often this is seen as weakness when, in fact, it can a superpower when harnessed smartly.

When women show up as they truly are, when they share where they’ve come from and what they’ve overcome and then share dreams for their futures – that creates relatability and empowers others to share similar stories around their own lives.

This means that other women see themselves ‘out there’ as fellow women – and men – on similar journeys who have been through similar lived experiences. It allows women to tune into those ‘real and authentic’ stories and, of course, men too.

Whether it’s an internal blog within a business ‘intranet’ telling a story, or an employee profile or focus on a company website, or even posts on LinkedIn, when women step away from strategy, overheads and corporate rhetoric and start showing truth, they will start to break that mould.

And others will notice. They will notice because it changes the narrative. It gives permission for others to share and it creates more real human connection.

Women need to take the lead and ditch the outmoded ideas about highlighting chinks in their armour, being seen as overly emotional or needing to be hard as nails in the office.

There is NOTHING more impressive than a woman in her power, owning everything she’s been through, proud of every past misstep that delivered valuable lessons, eager to help others climb the ladder without fear of being overtaken, and absolutely set on serving, supporting and winning her way to an amazing future of her own choosing.

Winning doesn’t need to mean trampling over others or wearing an A-type personality to work – or trying to be
more ‘male’. It’s less about A-type and more about A-game.

When women focus on their own A-game, they will start to see who they are and that will inevitably inspire and help others to do the same. It might mean showing care, allowing that compassion to shine through, instead of buttoning up pinstripe shields and pretending to be impenetrable.

Think about some of the great female role models today who have done this: Michelle Obama, Oprah, Mel Robbins, Jacina Ardern… the list goes on.

What do they have in common? Heart! They’re not afraid of vulnerability. They don’t shy away from showing emotion. They’re not trying to be ‘one of the boys’ they are embracing their strong and awesome ‘female’ and respecting the men around them at the same time.

Years ago, at the top of the tree in corporate publishing, I wore masks and they started to crush me.

I didn’t know how to lead my staff properly. I didn’t know how to build relatability. I thought it was all about
steering, rather than leading; work hard, play hard; praise only for going over and above, not ‘well done’ for
doing the job expected of them.

Then breakdown hit, and I felt I had to hide it at work for fear of showing weakness and I became more mentally
unwell.

It wasn’t until I got out of that place, began to heal, rebuild and work on myself that I realised the importance of
showing more heart.

That lesson came by accident. In a moment of just wanting to come clean, to relieve the burden and admit to
friends and loved ones how much I’d been struggling, I recorded a Facebook video from my car.

For the first time, I spoke openly about the abuse I’d been through, about the depression, about the breakdown,
about my failed attempts to escape life. I hit send and held my breath.

I was convinced this could spell the end of my relatively new, self-employed career as a coach, mentor and
trainer. In fact, the opposite happened. People messaged me to tell my words had changed – and sometimes saved – their life.

From there came media attention – BBC, Huff Post, DIVA, Kindred Spirit, regional and local newspapers. Work enquiries started to flood in. I was in demand.

I can trace every bit of ‘success’ I’ve had since back to that video – awards, speaking engagements across the world, book deals – everything.

When women lead from the heart, when women drop all those old, outdated ideas about acceptable corporate behaviours and start to get more in touch with the power of woman kind, that’s when women everywhere will realise that showing vulnerability really can be a superpower.