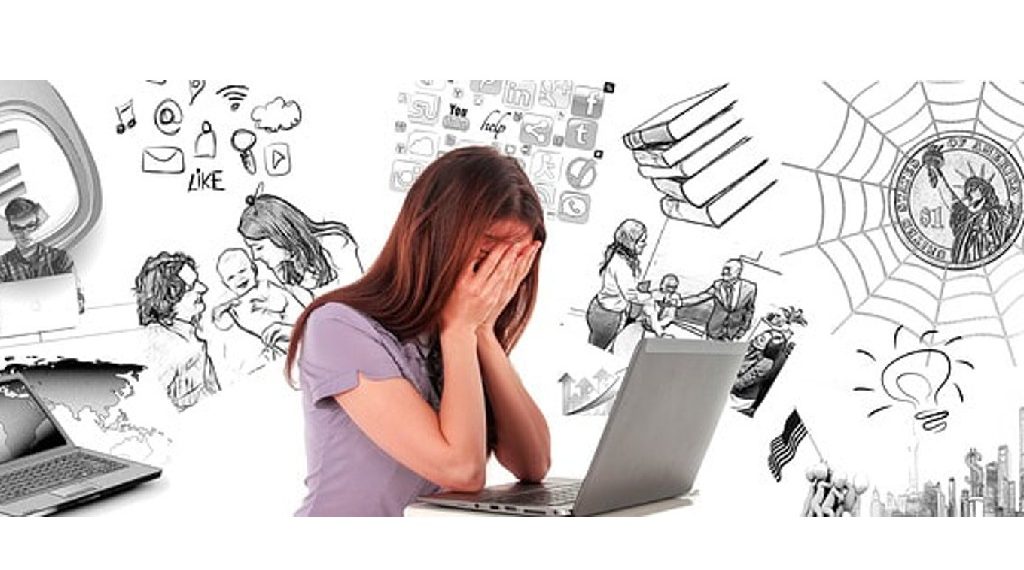 In the modern world, the Influence of Technology is an essential and valuable component. Many objectives have been accomplished in the twenty-first century and beyond due to technological advancements. The capability of modern Technology plays a significant part in various facets of our day-to-day lives.

Additionally, reproduction, communication, travel, education, playing, and working are all significantly aided by technological advancements. Despite this, there are a lot of adverse effects that Technology has on society. The idea that Technology has more detrimental impacts than good ones on culture is supported by the findings of this article. Technology harms the environment and morality, ethics, and the abuse of power in society. It also increases insecurity.

The rising creation of garbage and dangerous gases is a factor that is jeopardizing the natural environment. Industrialization and the manufacture of chemicals are the primary defining characteristics of Technology. The thinning of the ozone layer is the primary factor contributing to the deterioration of the natural environment. Generating large quantities of greenhouse gases is one of the primary contributors to the ozone layer’s depletion or destruction. Carbon dioxide is one of these gases that are created when factories run their processes.

Air and water pollution are both at dangerously high levels around the globe at present. The overuse of pesticides and fertilizers has led to the production of this pollutant contamination. It might take a long time for the components of pesticides and fertilizers to break down in the air and soil. In addition, their adverse effects outweigh their positive ones. Additionally, the planet is undergoing severe climatic shifts in addition to the impact of global warming.

As a direct consequence of this, abnormal characteristics of the environment, such as acid rain, pollution, and temperature, are becoming more prevalent. Clear evidence points to breathing difficulties caused by excessive air pollution levels. The necessity to clear land for establishing new businesses and expanding existing ones has contributed to the widespread loss of forest cover across the globe today. As a result, we can conclude that Technology’s adverse effects much outweigh the benefits.

The rise of Technology is to blame for society’s declining moral standards. The accessibility of unguarded information, such as that found on the internet, social media, and television broadcasts is a defining characteristic of Technology. As a direct consequence of this, more and more young people have access to photography, which has contributed to reckless sexual activity on their part. The world we live in today is seeing a rise in the number of abortions, undesired pregnancies, and sexually transmitted diseases and infections.

In addition, people of the younger generation go to online sources for direction and advice. These sources include material that can provide the wrong impression. In the past, children relied on their parents for guidance and advice in all aspects of their lives. The world’s families often struggle to work together toward a common goal.

In the past, children could spend time together playing, riding bikes, and socializing. These activities benefited children’s development and helped families become closer. Nevertheless, youngsters spend their time nowadays playing video games, talking on mobile phones, surfing the internet, and watching television. As a direct consequence, social welfare has declined, contributing to the rise of individualism. Additionally, youngsters nowadays lack the creative capacity they had in the past.

Technological advances have facilitated the abuse of power. The majority of communication takes place either online or over the internet. Consequently, internet chatting is often used when the participants do not want to interact physically. On the other hand, people are abusing their authority by engaging in bullying on the internet. Young people are particularly susceptible to cyberbullying, which involves sending or publishing hurtful remarks and photos over electronic communication channels such as email, text messages, and social media platforms.

In addition, it isn’t easy to ascertain where the communications came from. Bullying has adverse effects, most of which are detrimental to the health of society as a whole. Some of the consequences include being embarrassed in front of others, suffering from low self-esteem, skipping school, and receiving bad marks. In addition, victims are more likely to participate in substance misuse, including the use of alcohol and other drugs. These kinds of effects do not contribute to the general well-being of society. As a direct consequence of this, today’s society is filled with naive young people who participate in illegal activities. In addition, states compete with one another to become the dominant superpower.

The advent of more advanced Technology has resulted in a significant increase in risk. Recent times have seen an upsurge in the formation of informal groupings and the number of terrorist strikes. For instance, the terrorist organization known as Al-Qaeda poses a significant risk to the safety of the whole globe. The security of its citizens is one of the most critical factors in determining a society’s overall health. The organization is responsible for terrorist attacks in several regions throughout the globe.

When they attack, the organization employs very sophisticated weaponry. Al-Qaeda is tied to several high-profile attacks, including the one on the Pentagon that occurred on September 11 and the bombings at the United States embassies in Kenya and Tanzania. Countries are beginning to generate electricity from nuclear sources.

The production of explosives, which poses a significant risk to human safety, is another use of nuclear Technology. Additionally, the security of atomic industries is not guaranteed, and only later the world experienced fatalities in nuclear factories. The proliferation of such weapons and organizations poses a danger to human safety as a direct outcome of advances in Technology.

To summarise, the adverse effects of Technology much exceed the beneficial ones caused by it. There has been a significant decline in the amount of forest cover, and there has been a rise in the level of concentration of greenhouse gases. This has a substantial impact on the natural environment. Technology is also to blame for the lack of discipline and cohesion in today’s society, which may be traced back to the proliferation of electronic devices. Additionally, individuality has triumphed, and the degree to which civilizations share a common goal has shrunk.

However, the adverse effects of Technology, such as cyberbullying, have overtaken the benefits of improved communication. Because of bullying, more and more young people are using illegal drugs. In addition, manufacturing nuclear weapons and other types of explosives is a significant threat to human safety. As a direct consequence of this, nations are devoting more time and resources to combating terrorism and ensuring the well-being of their populations.

The impact of technology on major health decisions