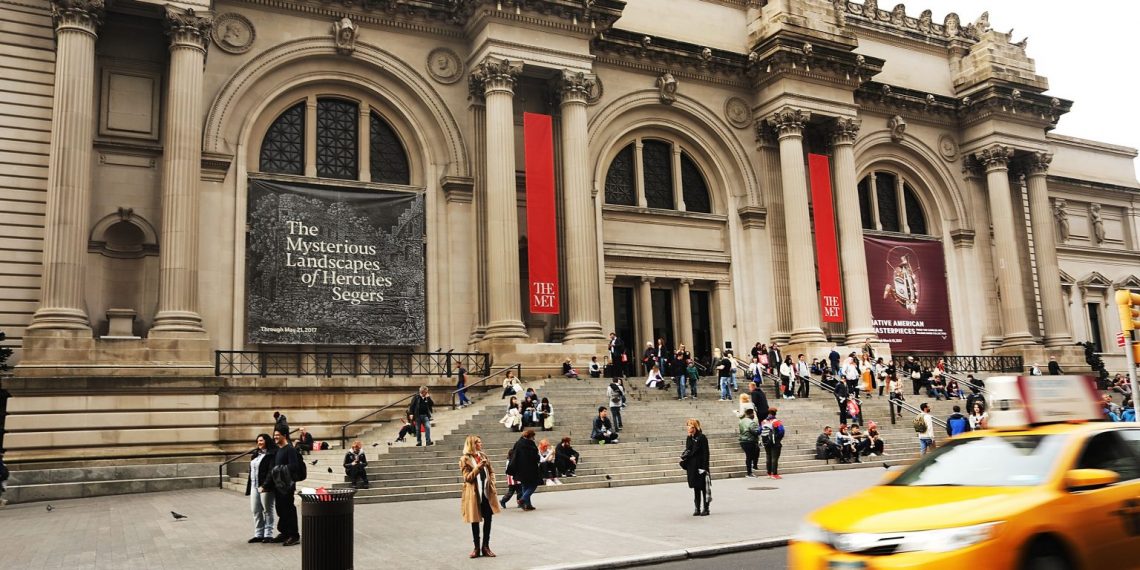 Metropolitan Museum of Art (Met), is the largest and most-comprehensive art museum in New York City and one of the foremost in the world. The museum was incorporated in 1870 and opened two years later. The complex of buildings at its present location in Central Park opened in 1880. The main building facing Fifth Avenue, designed by Richard Morris Hunt, was completed in 1902 and as of 2016 was called “The Met Fifth Avenue.” McKim, Mead, and White designed certain later additions. The American section, added in 1924, included the 1823 marble facade saved from the demolished U.S. Branch Bank on Wall Street. The remainder of the 20th-century additions were completed by the architectural firm of Kevin Roche John Dinkeloo and Associates. They included the Robert Lehman Wing (1975), with its Old Masters, Impressionist, and Post-Impressionist works; the Sackler Wing of the Temple of Dendur (1978), which houses a monument given by Egypt; the American Wing (1980), a four-acre addition that was wrapped around the old section and contains the largest collection of American arts in the world; the Michael C. Rockefeller Wing (1982), which houses the arts of Africa, Oceania, and the Americas; the Lila Acheson Wallace Wing (1987), which displays Modern art; and the Henry R. Kravis Wing (1990), which contains sculpture and decorative arts of Europe up to the early 20th century. A renovated and reconceived group of 15 galleries featuring the “art of the Arab lands, Turkey, Iran, Central Asia, and later South Asia”- one of the most-comprehensive collections of its type was opened in 2011. In March 2016 the Met expanded its Modern and contemporary art programs into a Marcel Breuer-designed building at East 75th Street and Madison Avenue (the former location of the Whitney Museum of American Art). “The Met Breuer” was designed to host exhibitions and performances related to 20th- and 21st-century art, artist commissions, residencies, and educational programming.

The Thomas J. Watson Library, built in 1964 primarily for the use of the museum staff and visiting scholars, has one of the most complete art and archaeology reference collections in the world. It is the largest network of dedicated libraries in the museum, but only the Nolen Library is open to the public. European art of the Middle Ages is found on display in both the Central Park complex and at “The Met Cloisters,” the Met museum of medieval art in Fort Tryon Park in the northern part of Manhattan.

The method via which gadgets are used to educate students

The Importance of Corporate Social Responsibility