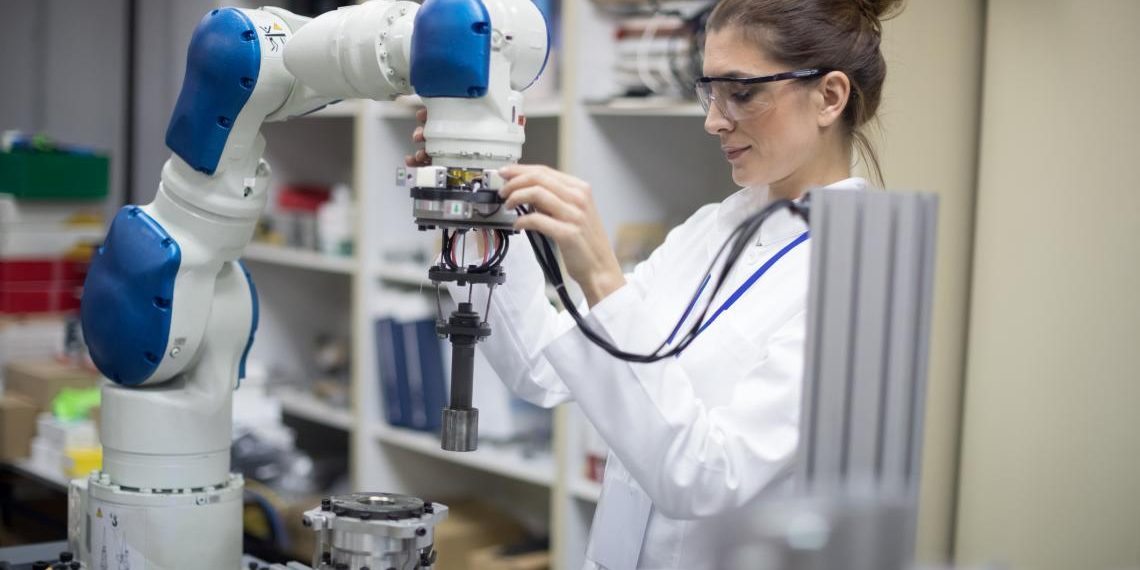 As my colleagues outlined in recent blogs, multiple challenges impede power and performance improvements when scaling transistors and interconnects to the 3nm node and beyond. There are also pattern variability issues which require new materials engineering solutions. In this blog I will highlight how Applied is helping enable our customers’ PPACt roadmaps for advanced logic with innovations based on co-optimization of process steps and Integrated Materials Solutions (IMS™). We are also helping the industry implement a scaling technique called Design Technology Co-Optimization (DTCO) that will become increasingly prevalent in emerging nodes because it enables logic density scaling to continue even as pitch scaling slows.

Two HKMG logic elements- the interface and high-k layers- are key to boosting transistor drive current. However, neither layer has scaled since the 14nm node, creating a performance bottleneck. To address this, Applied developed a new Integrated Materials Solution (IMS™) that combines critical process steps in vacuum to permit a new degree of interface engineering and tuning. Using IMS™, we’ve demonstrated a new integrated gate stack that enables equivalent oxide thickness scaling to resume and improves drive current by 8 to 10 percent.
n the transistor’s source/drain resistance module, scaling has reduced the contact area by 25 percent per node, causing an unsustainable increase in contact resistance. To counteract this, Applied developed a new co-optimized process technology that maximizes the area available for strain engineering (see Figure 3). The solution includes lateral etching that brings the embedded source-drain stressors closer to the channel. In addition, we developed a novel selective silicon arsenide (SiAs) epitaxial layer. The new material and materials engineering techniques lower resistance and increase drive current by 8 percent.
Materials engineering innovations will become even more critical as the industry transitions from FinFET to the gate-all-around (GAA) transistor architecture for further improvements in performance and power (see Figure 4). In GAA, the transistor channel orientation shifts from vertical to horizontal, with gates surrounding the channels on all four sides instead of three. Controlling channel thickness is critical to performance and power: in the move from FinFET to GAA, channel thickness control shifts from lithography and etch for the tall, thin fins to epitaxy and selective removal in GAA as they offer highly controlled growth and reduced variability. GAA transistors also require inner spacers between the channels, and proper engineering helps reduce capacitance. The spacers are created with highly controlled, selective etching and gap fill processes. Metrology with eBeam can help ensure the new structures are properly and optimally formed to enable expected performance gains of 10 to 15 percent and power improvements of 25 to 30 percent.
Epi, selective removal and eBeam metrology are leadership areas for Applied Materials, and we are already developing co-optimized processes to help accelerate GAA solutions for customers. As a result, we expect to earn $1 billion in incremental revenue per 100K WSPM (wafer starts per month) in GAA compared to FinFET.*

Interconnects consume nearly one-third of device power and account for more than 70 percent of resistive-capacitive (RC) delay. And unlike transistors whose performance improves with each process node shrink, interconnect wires encounter higher electrical resistance as they shrink, which in turn reduces performance and increases power consumption. Without a breakthrough, interconnect via resistance would increase by a factor of 10 from the 7nm to 3nm node, negating the benefits of transistor scaling.

Solving Pattern Variability with Innovations in Materials Engineering and DTCO

As EUV lithography is used in combination with multi-patterning techniques to create thinner lines, the issue of pattern variability is becoming increasingly problematic at smaller nodes. Instead of the straight, smooth edges we desire, we end up with increasing roughness and non-uniformity. In the past, this wasn’t a big concern because the features were much larger and the edge roughness was a smaller proportion. But as we continue to scale with EUV, features and edge roughness are becoming equivalent, resulting in stochastic defects such as open and short circuits.

In multi-patterning, the industry has typically used spin-on dielectrics and furnace steps to transfer the lithography pattern into the device layer. To reduce stochastic errors, we are replacing the spin-on dielectric with a high-quality CVD material that is co-optimized with our Sym3® etch system in a process monitored by our PROVision® eBeam metrology. In fact, we integrate CVD into our etch chambers. Once a wafer with rough features enters the chambers, we selectively deposit a thin layer of CVD material, tuning the process to deposit more material on wide openings and less on small openings, thereby correcting the distances between adjacent lines.

After deposition, we use a specially tuned etch mode that etches small features faster than large features, once again reducing the differences. Thus, by co-optimizing the CVD with our advanced etch technology, we can smoothen the lines and eliminate many of the stochastic defects. We also use eBeam metrology to quickly measure size variations in these tiny features. This co-optimized solution has been demonstrated to achieve a 50-percent reduction in local variation of the size of the features, a 30-percent reduction in line edge roughness, and a nearly 100-percent reduction in open circuit defects- which together enable continued logic scaling with healthy device yields.

The logic roadmap relies on continued logic density improvements to reduce area-cost. But 2D shrinking is slowing and becoming more difficult. There is less and less physical real estate available to continue pulling gates and wires closer together, and the closer they become, the worse the electrical challenges. Traditional Moore’s Law 2D scaling- a.k.a. pitch scaling or intrinsic scaling- has served the industry extremely well over the decades. However, looking ahead, pitch scaling will become increasingly supplemented with DTCO, which stands for design technology co-optimization (see Figure 7). DTCO allows logic designers to use clever 2D and 3D design techniques to increase logic density at the same pitch. A key upcoming inflection based on DTCO is the buried power rail with backside power delivery network. This new architecture routes thick power lines to the transistor cell from either the back side of the silicon wafer or from beneath the transistors, allowing further 2D scaling while simultaneously reducing voltage losses. Applied is helping enable this and other DTCO techniques with our expertise in metals, isolating dielectrics, etch and CMP processes.

Applied Materials aims to be the PPACt enablement company™ for our customers, and today’s Master Class illustrates how important materials engineering is to the future of logic scaling. For decades, the logic roadmap was driven by traditional Moore’s Law 2D scaling; however, as the benefit of this approach slows, the industry is supplementing it with a combination of techniques based on materials engineering to enable scaling to the 3nm node and well beyond. Customers are adopting a “new playbook for PPACt” which is creating substantial growth opportunities for Applied Materials. As logic transitions from 5nm to 3nm, Applied expects it served markets to grow between 25-30 percent.