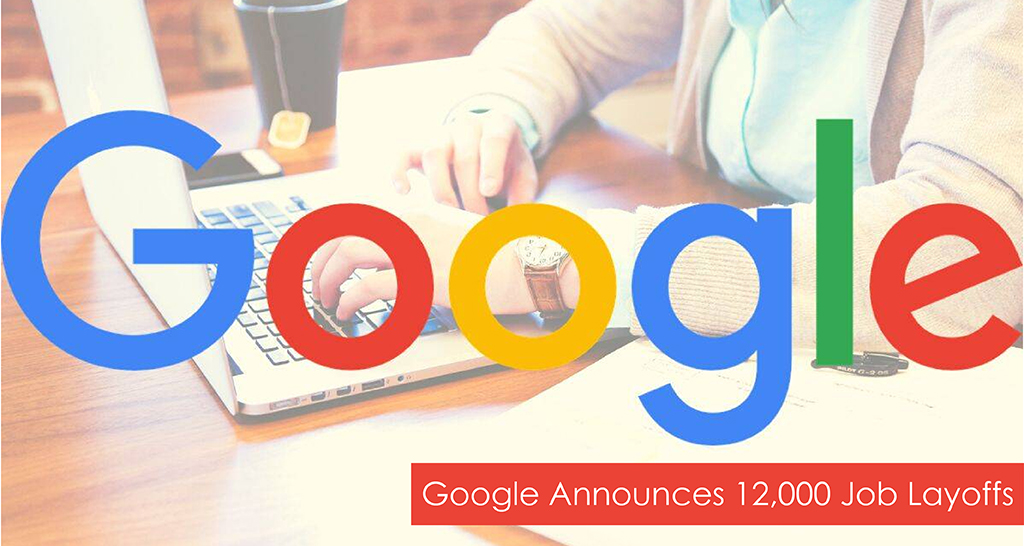 On Friday, Google announced its intention to reduce its workforce by around 12,000 people, following other large tech companies in laying off thousands of workers. The CEO of both Google and its parent company, Alphabet, Sundar Pichai, acknowledged the layoffs in an email addressed to Google workers and was subsequently published in a blog post on the Google website. The company’s employment would decrease by around 6% as a result of the job losses. Because of this, we will have to part ways with some remarkable people who have been a joy to work with during our time together and who we have worked very hard to recruit. I feel terrible about what happened, “Pichai had written it. “The reality that these shifts will affect the lives of Googlers weighs deeply on me, and I accept full responsibility for the actions that lead us to this point,” During the previous two years, we have seen many phases of significant expansion. We made hires based on a different economic reality than the one we are now facing because we wanted to match and feed that development.” Pichai said that the layoffs are the result of a “rigorous investigation,” which led to the decision “about the workings of Google. According to what he indicated, the positions that will be terminated would be “cut across Alphabet, product categories, functions, levels, and geographies.”

What is the total number of workers at Google?

When Alphabet submitted its regulatory filing in September 2022, the company said it had around 187,000 employees. This number represents a significant increase compared to the roughly 150,000 workers working for the firm by the end of 2021 and the 119,000 employees working for the company in 2019. When they discovered that 12,000 positions would be eliminated on Friday, more than six percent of the workforce was caught aback by the news.

Have the workers who Google’s layoffs will impact received any notification?

As stated in the email from Pichai, employees in the United States have reportedly already been informed of the current situation. He said the procedure might take much longer in other nations because of local laws and customs. He was alluding to the possibility of having to wait for a longer amount of time. Employees who are let go in the United States will get payment for the notice period (sixty days), bonuses for the year 2022, and any unused vacation time from the previous year. According to the letter delivered on Friday, Google will also provide an employee who leaves the company with a severance package that starts at 16 weeks of pay and adds two more weeks for every year that the individual worked at Google. This information was provided in announcing that Google will pay an employee who will be leaving the company. In addition, Google will pay for six months’ worth of health insurance, provide aid with immigration, and provide job placement services.

Google’s layoffs join those of Amazon, Microsoft, and others.

Over the last several months, major technology companies have seen widespread layoffs, including Google. According to Layoffs, more than 200,000 people in the IT business have been let go since the beginning of 2022. This number does not include the employees who were let go by Google. Fyi. This week, Amazon started a process that would result in the termination of thousands of workers. Amazon’s Chief Executive Officer, Andy Jassy, announced on January 4 that the business intended to let off more than 18,000 workers “between the reductions we made in November and the ones we’re revealing today.” On Wednesday, new layoff warnings were sent out to around 8,000 employees, only a few months after a first wave of layoffs that affected 10,000 workers.

On Wednesday, Amazon will begin the second wave of layoffs, bringing the number of positions lost by the internet behemoth to almost 18,000. Also this week, Microsoft announced that they would begin firing 10,000 people beginning on Wednesday; this represents around 5% of their total staff. Also, on Wednesday, Microsoft said it would eliminate roughly 5% of its staff or 10,000 jobs. In November, Facebook’s parent company, Meta, stated that it would be eliminating 11,000 jobs, which is equivalent to 13% of its staff.

Top 10 Benefits of POS System for Your Business

The 10 Most Inspiring Business Leaders Making a Difference,2022