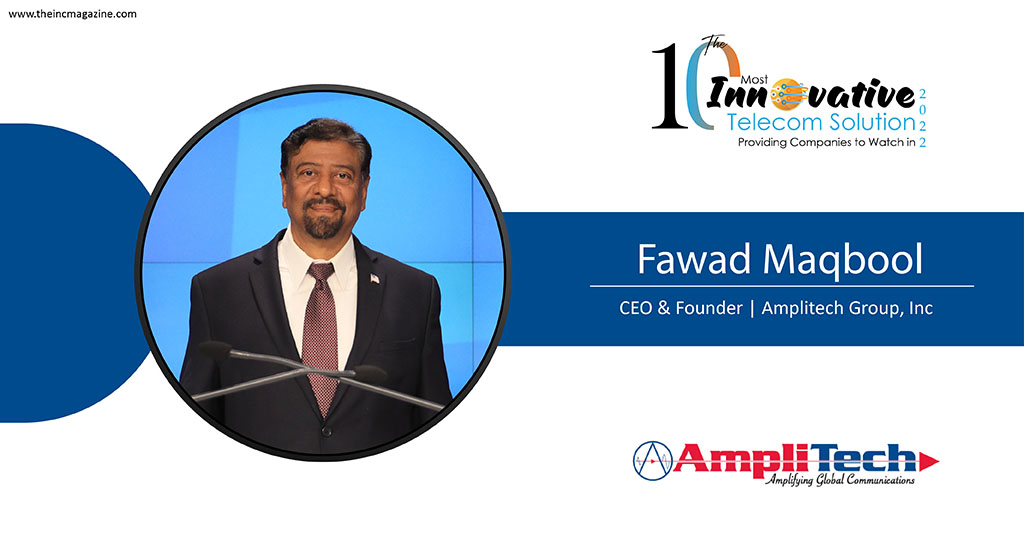 Mr. Maqbool started his professional career by serving at Hazeltine Corporation, a major defense contractor based in Long Island, NY. During his time at the organization, he used his communications and microwave background to work on a complex Microwave Landing System for the FAA, which was seeking fully autonomous, and accurate landing systems for aircraft.

Mr. Maqbool says, “This was a huge deal in those days. I had the privilege of installing several landing systems in various airports. I even helped commission a landing system on the Pier in Battery Park, directly in front of the World Trade Center in the 80s.”

After spending a few years at Hazeltine Corporation, Mr. Maqbool joined Miteq in Hauppauge, Long Island. He perfected his skills at Miteq as a full-fledged designer of microwave components, with an added emphasis on amplifiers. He worked at the company for over a decade and became the youngest Departmental Head of the most profitable group in the organization. He developed hundreds of state-of-the-art low-noise amplifiers, one of the most critical components in the receivers of communication, radar, satellite, and cellular systems.

In October 2000, Mr. Maqbool established his first company, AmpliComm, to develop specialized cryogenic amplifiers for astronomy, deep space telemetry, and high-end communication applications. Wherever the best amplifier was needed, he felt compelled to design it and took any job other competing companies rejected due to its complexity. Within three months in the business, Mr. Maqbool was approached by Aeroflex (a publicly traded company at the time) to be acquired and develop the fiber optic amplifiers that were in high demand due to the dot com bubble. So, AmpliComm became Aeroflex – AmpliComm, a new division charged with developing the best fiber optic amplifiers to build the internet.

Mr. Maqbool formed a new group of talented people, and within a month, the organization delivered the best fiber optic driver amplifiers to over 85 companies, including Cisco, Pirelli, Siemens, etc.

“We were cruising, and then it happened… the big fiber optic BUST in 2001, and the stock market CRASHED… along with any hopes of becoming the world standard used by all the internet and dot com companies!”- says Mr. Maqbool.

It was his time to start over again. He felt his $200 million deal with Aeroflex wasn’t worth the paper it was written, so he moved on once again.

“I couldn’t give up, even though I didn’t have two nickels to rub together, but I found two dollars to put gas in my car’s tank in an old pair of pants, so I was suddenly feeling lucky. I cut deep into my credit cards’ limits and formed AmpliTech in October of 2002.”- he states.

He literally started from scratch without any money, partner, office, or customers. At this point in time, he approached several companies but with no luck. After a few months, one of his old clients invested $100k into his business, which kept him going modestly, building a reputation for the best quality and performance over the years. Later in 2019, a small boutique investment bank noticed how AmpliTech’s products could enable 5G, quantum computing, satellite connectivity, airline Wi-Fi, cellular towers, and sites and wanted to help the company get noticed by large investors. A year later, Maxim group took a very serious interest in the company’s technology, and after dozens of Zoom meetings, AmpliTech got uplisted to NASDAQ and raised $32 million in early 2021.

Currently, the AmpliTech Group has five divisions to help develop and deploy its innovative technologies;

● Spectrum Semiconductor Materials: One of the largest authorized distributors of IC Ceramic packages and Lids.

“Our company has the best performance in the industry in terms of electrical performance, so installing our products into OEM systems automatically gives a competitive edge to all our customers.”– says Mr. Maqbool.

Additionally, AmpliTech Group is an agile company that is responsive to companies of every shape and size, focusing on quality and reliability. The organization is equipped with a full CRM system to support and qualify all clients and leads. It also has a full ERP system to manage sales, deliveries, engineering development, documentation, production, and cost management. The company holds ISO 9001-2015 certification to help clients get an international standard of quality and repeatability and is also a registered ITAR member to help protect U.S. technology from being exported to banned countries. It is also approved by several large OEMs, including Lockheed Martin, Northrop Grumman, L-3 Harris, CPI, and many Fortune 500 companies, as well as universities and research centers.

“We feel that we are a full-service company with the best management, technical, and business development teams coupled with the expertise and experience to be a big differentiator for our customers now and also in the future as we grow and hone our skills in multiple areas.”– stated Mr. Maqbool.

The organization currently offers a wide range of products, starting from connectorized modules, discrete transistors, MMICs, and packages, to multi-chip modules (MCMs) and systems using multiple disciplines and processes that not many of its competitors can offer today.

Preparing for the Future

When it comes to the future, AmpliTech group plans to become a leading supplier and enabler in everything wireless as its amplifiers play a crucial role in all the following:

● True 5G data rates from cell towers with radios and amplifiers of greater than 1 Gbps at the user level. Presently, users have ‘fake 5G’ where the older architecture is being touted as 5G, but the data speed is limited to only 2-80 Mbps, far less than true 5G.

● Provide the best amplifier chips for the hundreds and thousands of LEO (Lower Earth Orbit) satellite constellations being launched in the next few years by multiple satellite service providers for the high-speed “internet in the sky,” and direct communication from satellites to cellphones.

● Become the leading supplier of airline Wi-Fi equipment to facilitate data pipeline for hundreds of passengers on the aircraft at the same time without losing connectivity via a satellite using AmpliTech’s amplifiers as well.

“These are lofty goals, but we are well positioned, both technically and financially, to achieve these goals in a relatively short period of time during the crescendo of technologies coming together and demand like never before. We have cash in the bank and the best IP to get this done.”– says Mr. Maqbool