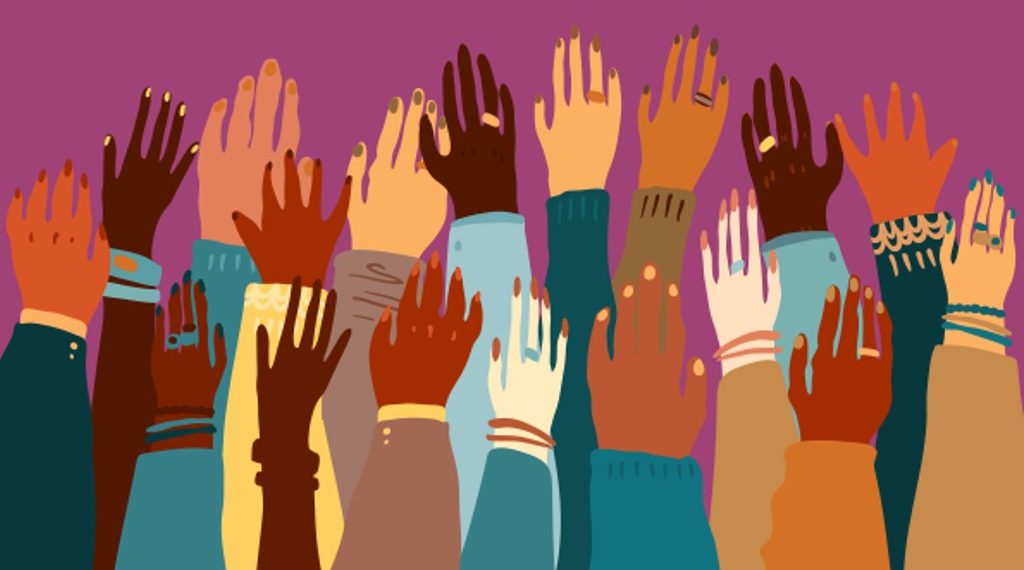 Disparities by Race and Ethnicity in Healthcare

Quality healthcare for managing chronic illnesses is hampered for minorities due to racial and ethnic differences. Since minorities make up a significant proportion of the US population, the healthcare crisis they face has become a major political issue. Implicit prejudice on the part of clinicians, social stratification, budgetary constraints, and an absence of professional preventive care all play a role in perpetuating these inequalities in health. So, the expenses of caring for socially disadvantaged minority rise relative to those of the general population, and death rates in places with a high concentration of people of different ethnic backgrounds rise dramatically. Therefore, to fully alleviate the concerns produced by racial and ethnic imbalances in the healthcare system that impair the well-being of minority communities, there is a need for reform measures that cater to their unique problems.

Disparities between groups of individuals based on their race encompass concerns of unfair treatment. In contrast, differences between groups of people based on ethnicity pertain to variations in how they are treated. When this is the case, the patient’s choices and clinical requirements do not provide a substantial barrier to therapy.

However, other obstacles make treatment more difficult for minorities, including location, preconceived notions, language challenges, and a scarcity of available medical professionals. As a result of these obstacles, minorities’ health suffers at the hands of non-minorities. Even though heart disease and cancer are the main causes of mortality in the United States, racial and ethnic inequalities in healthcare delivery are barriers to effectively managing these chronic disorders. As a result, minorities in nations with a majority-white population are disproportionately affected by the devastating impacts of chronic diseases owing to the unequal access to the medical care they must endure in these countries.

Causative Factors for Racial and Ethnic Disparities in Healthcare

When working with patients from minority groups, healthcare professionals have implicit prejudices that increase the likelihood of receiving poor treatment. According to Wheeler and Bryant, healthcare professionals tend to be biased while giving services and are more likely to discriminate against minorities. These tiers include the patient, the healthcare professional, and the whole health system, each with its variables influencing the results. Minorities seeking services in these institutions experience longer wait times, poorer treatment, and lower quality care due to racial and ethnic biases among healthcare providers. In addition, since some individuals are treated better than others, structural biases in the healthcare industry make it harder for minority groups to get high-quality treatment. For instance, hospitals that may demand a monetary deposit to admit patients to get treatment may make it harder for underprivileged populations to acquire health care. Racial and ethnic differences are eventually caused by such undetected instances of discrimination in encounters with members of minority races.

Furthermore, minority communities that seek medical care and are often from low-income origins are disadvantaged by the economic effects of chronic diseases. These illnesses are chronic; thus, care and therapy cost are much greater. Although chronic illnesses seem to afflict people of all races, minority groups often experience the burden of demanding therapies to control them. Poor health outcomes are the consequence of the impact of such chronic illnesses on the well-being of disadvantaged communities. Therefore, the likelihood of poor health outcomes for minorities rises when they cannot get the necessary funds to cover the expense of health care. Minority communities could thus get the treatment that is of inferior quality, which would increase death rates among them. Racial and ethnic differences place minorities financially disadvantaged, severely impacting their health.

Effects of racial and ethnic differences in healthcare on minorities

Racial and ethnic inequities develop throughout the end-of-life care process, including treating chronic diseases, which may be intense and costly for patients. Therefore, treating the problems in patients at this point demands moderation to increase the quality of their life. Depending on physician diagnosis, more white patients will likely engage in hospice care with less intense care during their final months. However, minority patients pay much greater expenditures for therapy despite little to no increases in their overall health outcomes. These misconceptions, consequently, contribute to a greater number of inpatient charges, laboratory testing, and medicine for minorities. Consequently, the large cost differences in patients with chronic diseases show the increased risk of minorities having a worse quality of life owing to less palliative treatment. The absence of advanced care planning owing to inequity in the healthcare system severely impacts the health outcomes of minorities diagnosed with chronic diseases.

Minority groups more likely to encounter racial and ethnic discrimination are negatively impacted psychologically due to these inequalities’ prevalence. Patients and loved ones need tremendous resilience to deal with the challenges of chronic illnesses. Therefore, being exposed to racial and ethnic discrepancies during pivotal phases of therapy and illness management may lead to psychological problems, particularly if the consequences are negative. When someone close to us dies under circumstances where it was preventable, the resulting negative thoughts and emotions may be overwhelming. Patients and their loved ones who have no choice but to rely on health care providers may suffer emotionally due to racial and ethnic differences.

Apart from that, enhancing access to regular checks and vaccines for minorities may constitute a vital element of recognizing and preventing any chronic disease from spreading. For instance, continual cancer screening may detect prospective lumps that may represent a patient’s concern, allowing early measures to avoid its growth. Additionally, immunizations for particular kinds of cancer may dramatically minimize its development risks.

Minorities are less likely to get adequate care because of disparities in how the healthcare system treats them. Racial and ethnic inequalities have contributed to the failing health care system despite the many initiatives taken. Minority communities are still disproportionately afflicted by chronic diseases and face additional challenges due to racial and ethnic inequities in healthcare services. Health care may improve and reduce morbidity and death rates among minority groups if these groups’ underlying social, political, and economic issues are identified. To completely eradicate racial and ethnic differences, it is necessary for all parties concerned to take concrete steps, such as using community-based groups for lobbying to steer the transformation process. By funding this program, the government may help underserved communities get the care they need to manage their chronic conditions better.

Benefits of Sports for Overall Health

Does workplace diversity have a significant impact on productivity?