Home The 10 Most Inspiring Business Leaders to Watch in 2022_Article 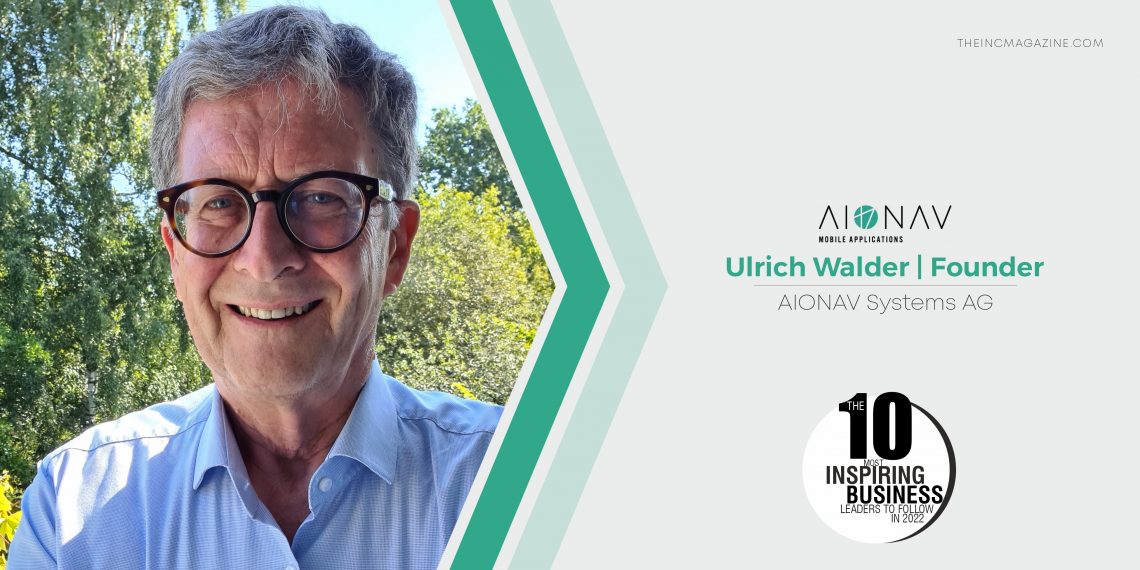 The rapidly advancing digitalization of wide areas of public and private life poses increasing problems for smaller countries without an own competitive IT industry. The growing dependence on dominant IT solutions is not only a security problem, but also increasingly affects the development of businesses and the social life of the population. This article focuses on the problem of dependency on mobile applications and services. It presents the AIONAV app technology which is well established in practice and reduces the quasi-monopoly of Google and Apple in apps significantly.

What does digital sovereignty mean?

As long as digitalization was limited to the classic use of computers, from mainframes to desktops and notebooks, dependence on countries without a major hardware and software industry of their own was limited. It was comparable to the dependence on other missing resources, such as raw materials, industrial goods or food. The worldwide choice of hardware and software and the resulting competitive situation ensured a large range of products and acceptable prices. By building up stocks of hardware components and ensuring computing power in its own data centers, including the operation of important programs, a country or a company was able to bridge interruptions in supply.

However, the rapid development of IT in the direction of cloud solutions is now making most of the previous precautionary strategies obsolete. Programs can often only be rented and in some cases only run over the network. Data storage, combined with numerous services for its processing, has also shifted to the cloud and is dominated by a few providers. As soon as an application that was previously free becomes a leading position on the market, it is subject to a fee, which means that dependency not only becomes a security problem, but also affects smaller states economically.

Digital sovereignty also means that the entire population should be able to participate in and benefit from the digital revolution. This was not a realistic goal as long as IT remained the domain of specialists. With the triumph of smartphones, this has changed abruptly; practically every citizen carries a high-performance computer with them at all times.

The importance of mobile applications in today’s society

Smartphones allow every citizen to participate in the digital revolution to an unprecedented extent. The average user spends around five hours a day with it, using apps rather than the web over 90% of the time. Smartphones are thus not only the most widely used communication device, but  also the most important information medium, along with TV and the press. In many countries, commercial applications also run more frequently on smartphones than on the desktop. However, participation in the mobile digital revolution has so far been limited to using what is available. The creation of apps for their own purposes has failed due to the complexity of the technical implementation or the high price of app programming.

In the case of Apple, the total dependence on the offer in their app store is particularly disadvantageous in a country like Switzerland with a market share of Apple smartphones of over 45%. Although it is possible to install apps directly on Android systems, there is not much freedom of action in this case either, if one wants to offer an app to a larger audience via the Google Play Store. From the app store provider’s point of view, there are good reasons to strictly regulate and monitor access to app stores. As a store operator, you could be held liable for apps with malware or unlawful content. The demand for minimum usability requirements and the differentiation from pure websites are also understandable.

It becomes problematic when the content is directly influenced or a store is blocked for days. An example from Switzerland will illustrate this. In summer 2020, parts of the Swiss Armed Forces were mobilized for a COVID-19 support. Since the soldiers were deployed in different areas of the country with 25 different Corona regulations, an app with all relevant information had to be created within two days. With the AIONAV App-Studio this was no problem, as even sophisticated apps can be created without programming. Thanks to the AIONAV App-Player, which has been available in both App Stores for years, the publication of a white-label version was possible immediately. However, the Swiss Armed Forces wanted to make their app available in the app stores for other interested parties as well. This then took three weeks, as the store operators first had to be convinced that the Swiss Armed Forces was authorized to create a COVID app. A further delay then resulted from the lock-down measures in California.

As the above example shows, there is a need to create apps quickly and cheaply on the one hand, but also to release them just as quickly to specific user groups. Both Apple and Google allow large companies to do this for internal apps with special licensing. For small companies that want e.g. to manage their construction projects with individual apps or organizations that want to use an app for internal purposes, these possibilities have been very limited until now.

The AIONAV app technology is characterized by the fact that the app content (layout, user guidance, texts, images, documents, audios, videos, maps, plans with navigation, etc.) is stored in a database with a simple tool, the AIONAV App Studio. The database can be structured unrestricted; the layout and user guidance can be designed just as freely. Analogous to a web page, which is read with a browser, an AIONAV database is assembled to an app with an AIONAV App Player, each programmed for iOS and Android. As a so-called cover app, even apps can be created that consist of several databases. They can load additional content at any time via a QR code. Updating cover apps is elegant and fast in that new content only needs to be uploaded to AIONAV Cloud. App users will see a red dot when they launch their app, indicating that new content is available and can be downloaded once the app is launched.

With the AIONAV app technology, digital sovereignty is massively increased in the important IT area of mobile applications, and at the same time the democratization of IT is also greatly advanced.